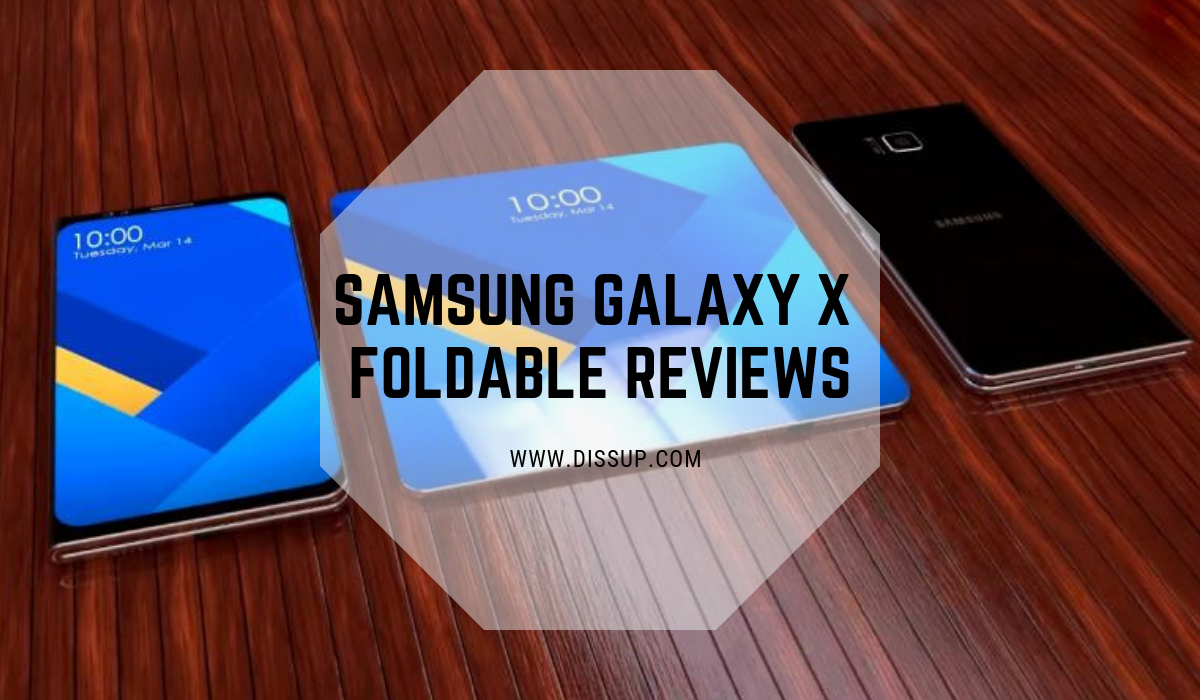 It is something dual, a device that can act as a mobile or tablet at the user’s request, so that Samsung Galaxy X Foldable phone can be held flawlessly being a compact smartphone but at the same time can be a device of more than 7 inches. With a latest processor and maximum RAM in mobile devices, the Samsung Galaxy X Foldable phone is being the star of the presentation

Two Devices In One

Although, the Samsung Galaxy X Foldable comes with screen size of 4.6 inches, through which content is showed as it is done with a completely standard galaxy phone. Along with that it incorporates the 7.3-inches Infinity Flex Display, available as the folded part.

The inside screen of Samsung Galaxy X Foldable has a new polymer layer that follows to an elastic screen which is 50% thinner than a standard smartphone screen (according to the manufacturer’s own words). A material designed to impart strength as well as flexibility.

For the sound, Samsung has also pulled its ally AKG integrating loudspeakers calibrated by the signature on one side. The fingerprint reader is also on the side, in the style of the Samsung galaxy s10e.

If five cameras (in total) seem many, which are what we see in the Samsung galaxy s10 +, the jewel in the crown of Samsung integrates up to six cameras counting the front, back and internal. There is a triple camera module for the rear and two front cameras on the inside, along with a front on the outside (for when used as a standard mobile).

It includes so much lens and so many sensors is the formation that are seen in the Samsung galaxy S10: an ultra-wide-angle and a telephoto (in absence of knowing the information of the cameras in detail). The pair of internal fronts includes a wide angle and a secondary one with a sensor for utilizing depth effect, so the bokeh and portrait effect won’t be missed here.

Do Not Miss The Power: Premiering UFS 3.0

If the exterior is surprising, the interior is not that it falls short. The machine of this Samsung Galaxy Fold comprises of the snapdragon 855 after Qualcomm or the Exynos 9820 after Samsung (by region), the most prevailing processors these days, having 8 cores and NPU.

The RAM is the maximum we see in mobile devices today: 12 GB of RAM, being also the maximum that include the Galaxy S10. And for storage incorporates 512 GB premiering UFS 3.0 (no possibility of adding microSD), all powered by a two-piece battery in total has a capacity of 4,380 milliamps, also includes Wireless Power Charging technology which enables other devices to load compatible, maintaining battery itself.

It is also accountable for producing the multi-active window, through which up to three active apps can be viewed simultaneously by opening multiventana. This allows, for example, being able to be using other apps while a video call is being made. You can also connect with Samsung DeX and of course integrate Bixby, the company’s own virtual assistant. It also incorporates Samsung Pay, so you can pay with it as with other brands of the Samsung Galaxy X Foldable.

Versions And Price Of The Samsung Galaxy X Foldable

There are four colors available: black, silver, green and blue. But eye to detail, the color of the hinge can be customized. It is a completed and tested product of Samsung and will be produced from April 26, including the LTE version and 5G as well. Samsung Galaxy X Foldable price is $ 1,980, waiting to know the other regions.