Huawei Mate X Folding phone is no longer simple concept, little by little the big technology manufacturers are presenting their first models for the masses and also somehow, we are seeing more and more interesting bets. Huawei has been giving us clues with his invitation of event’s and even some images leaked. Today Huawei has unveiled its foldable phone, the Huawei Mate X. And it looks incredible. 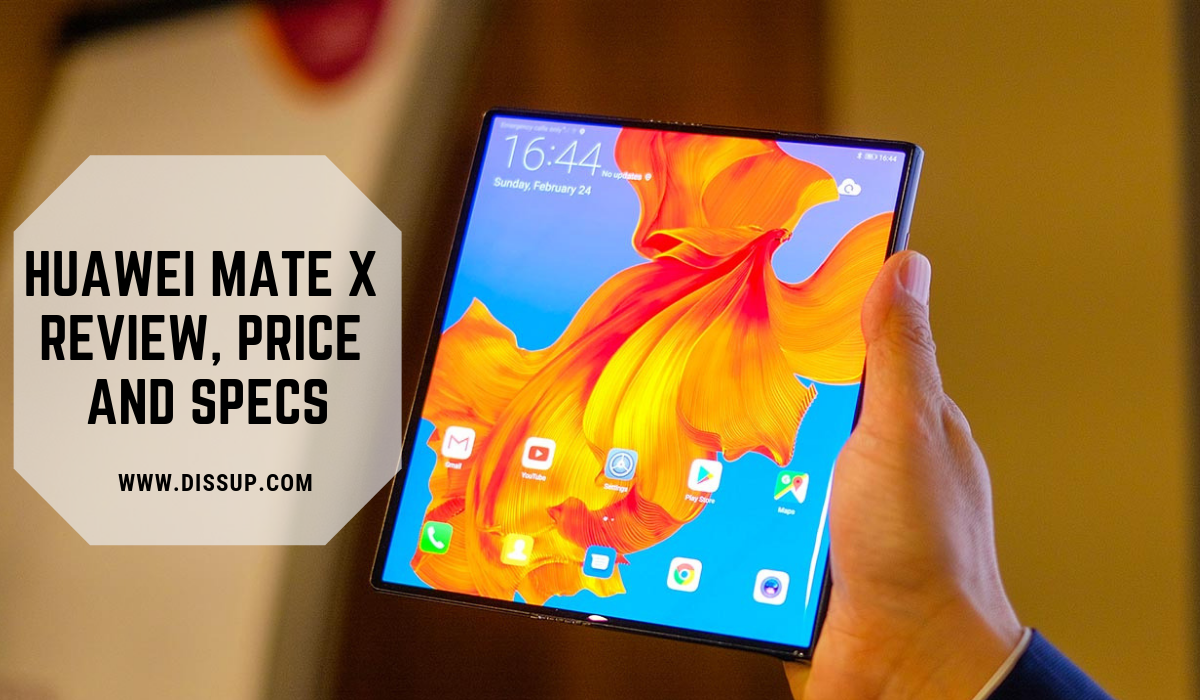 Samsung made its Samsung Galaxy Fold Official recently, a phone that has an external screen but when deploying it gives us another twice as big. It also has the “merit” of being the most expensive phone in history since 1996. Another manufacturer that seems to bet on this trend is Xiaomi, who a month ago showed us on video and running his prototype with a screen that doubles in shape of triptych. Now it’s Huawei’s turn, and his product seems the most promising to date.

A Single Screen, Folding Out

Unlike the Galaxy Fold that has two screens, in this Huawei Mate X we see a single screen. The idea is the same: a “normal” phone to be folded and a kind of tablet when deployed and have a larger screen. To achieve this with a single screen, the Huawei Mate X bends out, therefore being folded both the front and back are screen. This of course supposes more fragility and possible damages when being “all screen”.

The idea is that the phone is usually used with the screen folded, so that it looks like a normal phone. In this state the back part turns off (half of the screen goes off) and only the front part is on and functional. When deployed it automatically turns on the entire screen and the interface is adapted to take full advantage of it. We will have to see how the software adapts to these screens, in principle it should be an Android for tablets. 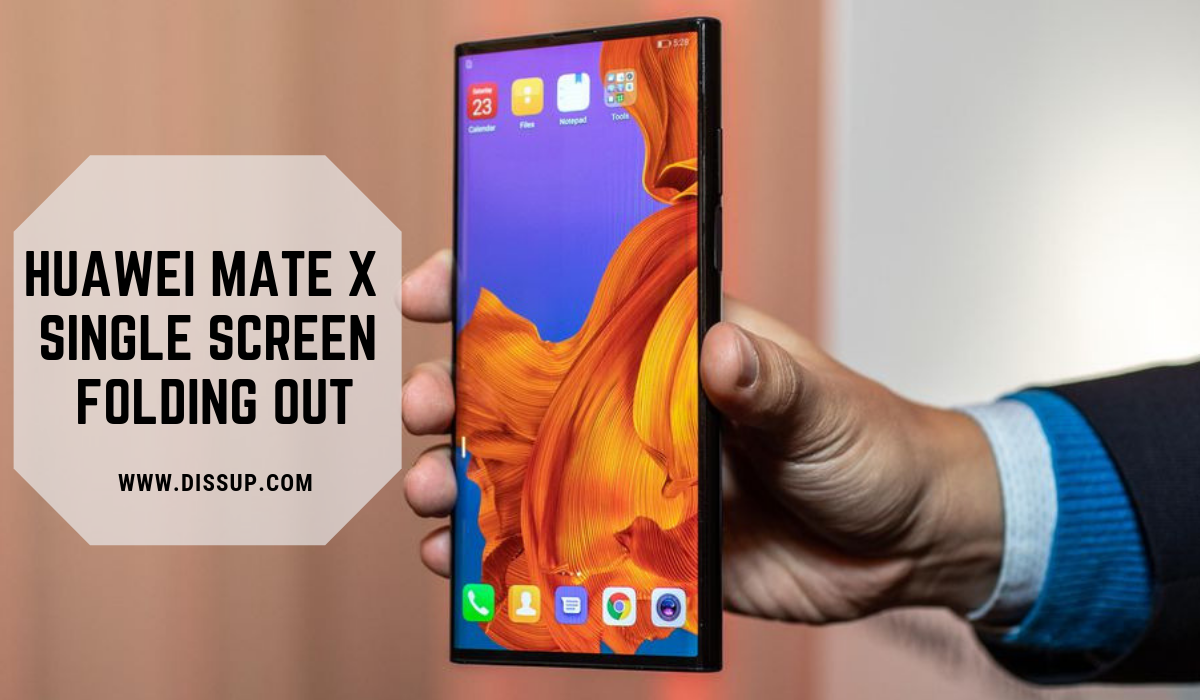 As we can see in the images, there is no notch and there are hardly any frames. Where is the camera then? Huawei Mate X design is somewhat peculiar, because one of the sides is much thicker than the rest of the phone (so that when bending has the same thickness of the whole device). This side is where we see the main buttons of the phone and also the rear cameras and the flash among other things. This is where we also find the fingerprint sensor of the Huawei Mate X.

Falcon Wing is the name given to this new folding mobile design that Huawei has created. The company has commented that they have been working on this new design for three years. The crucial part is in the system to double the screen. A hole is usually created as it is physically impossible to bend a flat surface without forcing the internal space.

To avoid this Huawei has created its own system that does not leave any interior space and manages to get the two parts to join by reducing the thickness to a minimum.

Folding mobiles suppose an extra effort for processors, graphics and RAM of the devices, in the end it means moving almost twice as many pixels as before. For this Huawei has placed its Kirin 980 processor 7 nanometer within Huawei Mate X. Next to the main processor we have the Balong 5000, the company’s modem manufactured to work with 5G networks, because indeed, the Huawei Mate X is compatible with the new connectivity.

Another detail to highlight in the section of connectivity is that the Huawei Mate X has Dual SIM support. The second nano SIM slot can also be used to add an NM Card, Huawei’s own external storage system. 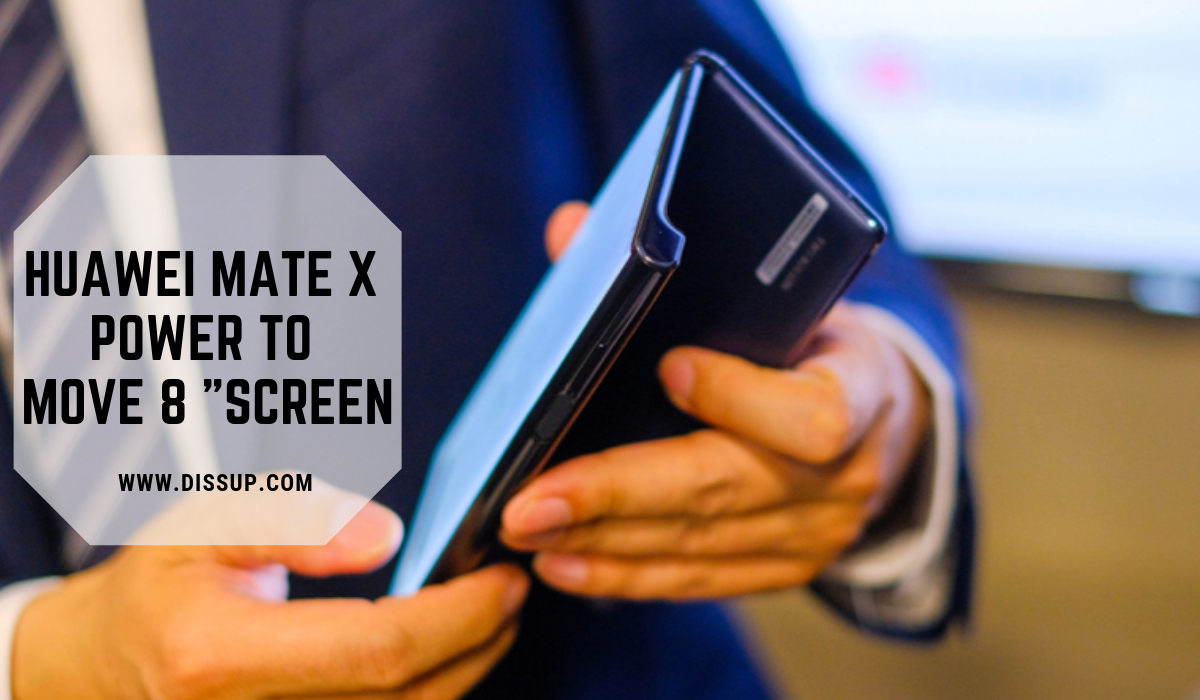 Other remarkable features are the battery and its fast charge, It has a double battery (because bending a battery is not as easy as a screen) of 4,500 mAh. But the interesting thing here is the fast charge available. The Huawei Mate X has a fast charge of 55W, this means, for example, charging it to 85% in 30 minutes.

Versions And Prices Of Mate X

The Huawei Mate X comes in a single version of 8 GB of RAM and 512 GB of storage. Its color is also unique, the Interstellar Blue, although they hope to introduce new colors. Will be available mid-2019 as indicated by the company.

As for its price, it reaches the market for 2,299 euros, a high price, very high. As the brand has warned, we must take into account all the technology that is in this new phone. It usually happens with the first generations of new products, we will see if it reduces with time.