After the crazy performance of cryptocurrency market during 2017 and its spectacular collapse in 2018, next year, according to those who know, could be a year of relative calm, which can sometimes seem stalemate. This will allow the market to take a breather, purge, determine the regulatory environment and determine the direction of its continued development. 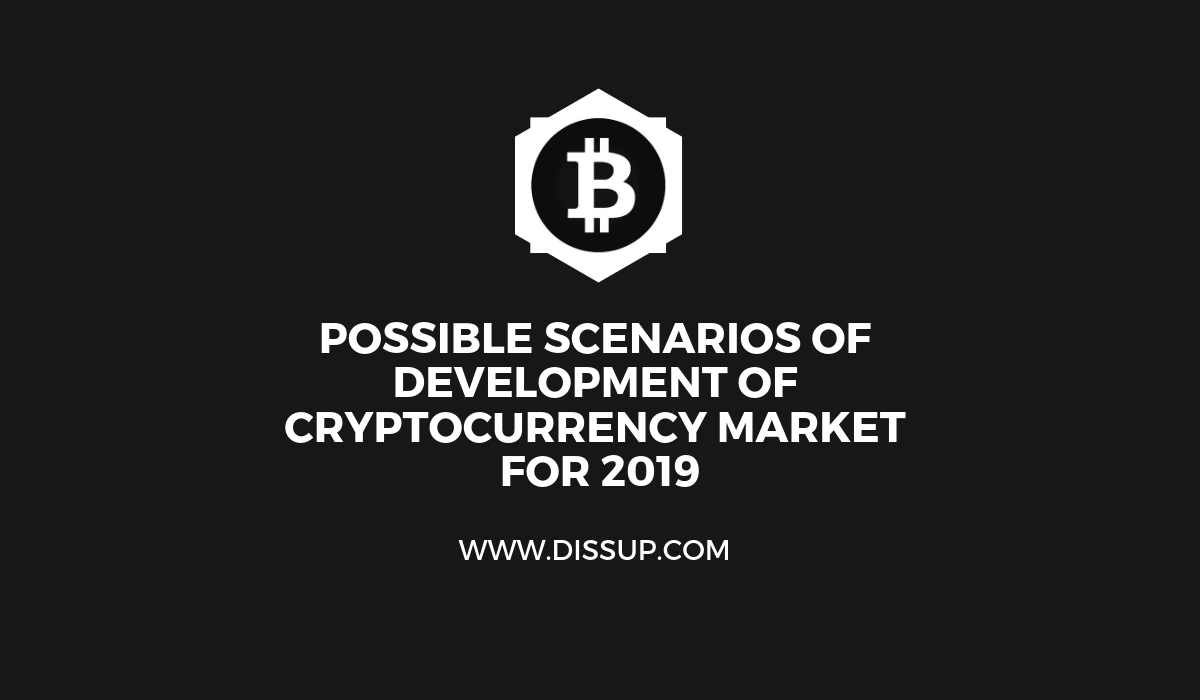 We are pretty sure that this is exactly what will happen, but despite this, we have compiled a list of six unlikely, shocking and even fantastic predictions for the cryptocurrency market of 2019, each of which can function as a catalyst for any of the following bursts. We did not trust our ideas to decide to support any particular cryptocurrency market project and do not take our forecasts as something that will happen in part or in its entirety.

In early December, it became known that Nasdaq, one of the largest stock exchanges in the world that markets high-tech shares, officially confirmed that it will launch a cryptocurrency market platform in the first months of 2019. The new platform will come into operation as soon as possible. as the Commission of Trade of Futures Commodities of the United States (CFTC) grants them the necessary approval.

It is not unlikely that once this happens, Nasdaq will try to acquire Binance, the largest cryptocurrency trading platform. The agreement can be extremely advantageous for both parties. Due to the ongoing crisis in the cryptographic market, the number of active transactions in Binance was reduced 9/10, compared to January this year.

In a scenario of global crisis, 10 countries will launch their own cryptocurrencies.

The era of growth in the United States is coming to an end, and investors are seeing the first signs of an impending recession: the yield margin between long and short-term US Treasuries has plummeted recently. and they have landed in negative territory. The last time this happened was in 2007, shortly before the collapse of the infamous Lehman Brothers.

This points to a probability of a global economic crisis looming in 2019, which will trigger another fall of the currency in the developing world. To avoid this, small countries can try to “digitize” their money, following the example of several countries that are under economic sanctions. When creating new virtual means of payment,

After Venezuela and Iran, Ukraine is now testing the waters of alternative currencies. His National Bank launched a research project to implement Electronic Hryvnia, which will be negotiated in 1: 1 with regular hryvnia. The Kuna Ukrainian cryptocurrency exchange has been busy developing a national reserve (whose working name is “cryptohryvnia”) since 2017. The new currency will have properties of various types of currency, depending on the transaction, and will be used as an alternative to the traditional legal tender.

It is unlikely that these cryptocurrency market will be very useful in international settlements in the case of a massive collision of national currencies or an increase in penalties. In fact, it is much more likely that if the dollar were expelled as the main instrument of liquidation, it would be replaced by the euro. But the use of national cryptocurrencies can be quite effective in preventing public panic in local markets and among the public. We cannot exclude that up to 10 new countries will launch their cryptocurrencies in the event of a global crisis.

Ethereum could go down to 1 dollar

Like most major cryptocurrency market, Ethereum skyrocketed between December 2017 and February 2018, that is, on the warm days of the cryptographic market. After having gone through a sudden one-time increase in May, the coin took a downward turn, moving further and further away from Bitcoin.

At the same time, the number of ICOs launched and completed successfully also declined rapidly, and these trends were definitely related. The blockchain of Ethereum allows the creation and issuance of new tokens with ease, a feature that new undertakings enjoy a lot, since the vast majority of projects carried out by ICOs are based on the capabilities of Ethereum.

The “nuclear winter” of the cryptocurrency market, which was accompanied by the 70% drop in market capitalization, the collapse of all the main cryptocurrencies and the massive change of the ICOs, can cause Ethereum to lose most of its value. Even the 1-dollar scenario does not seem impossible at this point.

The global fall of the main cryptocurrency market caused a collapse in the mining industry. Things got so bad that the Chinese miners started selling their scrap mining platforms, instead of valuable pieces of equipment. Nvidia, one of the largest manufacturers of graphics cards for games in the world, which are used for mining, announced that it will move away from the cryptographic industry after its sales in this market fell 5.5 times.

While the situation in the corporate mining industry is critical, it is not yet desperate. The profitability of the cryptocurrency market mining for individual miners of reduced time is almost nil. This makes it quite possible that by 2019, Bitcoin will remain the only profitable currency to mine from the 50 major currencies determined by CoinMarketCap.

Taking into account that the market share of the founding currency is maintained at more than 50% and that it is unlikely that the situation will change soon, this scenario cannot be excluded.

The ongoing stagnation of the cryptographic industry, the decrease in the number of ICOs, the lack of a concise and definitive legal regulation, the fall of all the main cryptocurrency market and their great volatility, make the market look for new development routes. Small players who often did not look beyond the initial collection of money will be replaced by the main investors, including institutional investors.

They look for a different environment and transparent and clear rules of the game. This is why we are observing the birth of a completely new market segment, but extremely promising, that of security token, that comply with regulatory requirements and open access to traditional capital for new companies. This is a well-known and familiar instrument for professional investors in the market, and all indications are that 2019 will become a year of STO (Security Token Offerings), which will replace the now obsolete ICOs.

And taking into account the growing interest of large multinationals in security tokens (and our own interest in extraordinary and improbable scenarios!), There is a possibility that STOs will forge 10% of the stock market.

Central banks will convert 20% of their reserves into Bitcoins; BTC can go up to 200 thousand dollars

Recently, the Supervisory Authority of the Swiss Financial Market (FINMA) determined the maximum amount of the participation of cryptographic assets in the total capital of the country’s banks. The limit was set at 4%.

Bearing in mind that Switzerland is anxious to become one of the world leaders in the space of cryptography, and that many of the governments of the world are seeking guidance in the country for banking management, this decision has every chance of becoming the fundamental principle for other financial institutions.

However, when the 4% number was announced for the first time, the Swiss regulator was probably considering the current market potential, rather than the likely global financial crisis situation we mentioned earlier. The new crisis can cause the collapse of the price of gold. This is what happened in 2008, when the world went through one of the most devastating paralyzes since the Great Depression.

Cryptocurrency market Between 2008 and 2009, the price of gold fell from more than 1,000 dollars to 700 per ounce. A new fall in the price of the most precious metal on the planet will force banks to find alternative safe havens for their reserves that will disappear quickly, and 20% of them can become Bitcoins, which will cause the price of Bitcoin to rise to 200 thousand Dollars.